Is the ability of an organism to produce an individual of its type in order to increase the number of individuals of that species.

MEANS OR TYPES OF REPRODUCTION

It is a quick process yielding a substantial number of offspring to increase the chances of survival of the species during unfavourable environmental conditions.
It eliminates the possibilities of occurrence of sexual reproduction.
No changes of genetic makeup as the process is a product of mitosis. This is a way of maintaining good qualities in a population.
No mixing of materials from more than one parent therefore contamination and infections are minimized.

Fast yielding of offspring leads to overcrowding and hence competition over necessities of life among organisms e.g. light, food, mineral salts, air etc.
The DNA replication does not mutate it produces daughter cell exactly the same as the mother cell no variation. This makes the individual less potential evolve into new species and cope with the

It may be a way to propagate defective gene into species/progeny the defective gene may affect the entire population.
The process involves no mixing of gene from the two different parents this eliminates the diversity or divergence among the individuals of the same species hence limits the advancement of the entire

The lower species lies only on mutations as the main form of diversification and adaptation e.g. viruses and bacteria that reproduce asexually survive in harsh environment e.g. antibiotic resistant bacteria

and HIV viruses that mutate when patients do not take a combination of drugs. Mutations may be occurring slowly and hence the organism may fail to cope with the environmental conditions.

Sexually reproducing organisms on the other hand combination of some of variation (mutation, gene recombination, random alignment of chromosomes at metaphase I and the subsequent movement,

crossing over) which ensure diversity in their species and hence survival value.

Is the repeated division of cells to form more than two daughter cells e.g. Plasmodium which has infected liver cells. 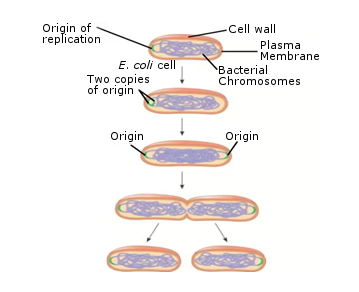 Budding is the form of asexual reproduction in which new individual is produced as an outgrowth (bud) of the parent and later is released as independent identical copy of the parent.

Is a form of asexual reproduction by which organism breaks into two or more parts each of which grows into a new individual. 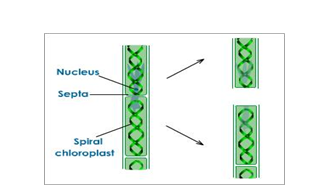 Is the form of asexual reproduction which involve production of spores which are then dispersed for germination to grow into a new individual e.g. fungi, plants. 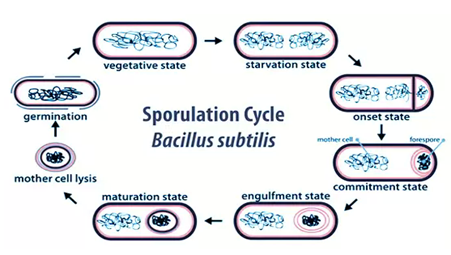 Is the form of asexual reproduction in which a bud grows and develop into a new plant.

Eg. A stem of cassava develops into a cassava plant.

Sexual reproduction is the production of new organism by combining the genetic material of two sex cells (gametes) from either a single parent or two different parents.

The two main processes of sexual reproduction are:-

The sex cells can be isogametes (i.e. gametes of same morphology from lower animals to higher animals respectively.

The organisms carrying out sexual reproduction may be monoecious or dioecious.
The process involves lots of stages which may delay the product.

The process is associated with lots of risks e.g. risk to miss a mate, to miss fertilization etc.
Provides variation among the offsprings by its;
Meiosis involving crossing over which produce, recombinant chromosomes and normal chromosomes.
Random fertilization where genes are randomly mixed (i.e. random combination of genes occurs due to any sperm fertilize the given egg).

6. The process is affected by age where the young and old cannot reproduce while adults can.

It involves more space for genetic shuffling which leads to the evolution of the organism.
It produces variation in the offspring when crossing over during prophase I and random assortment during metaphaseI occurs. Variation will increase the survival of the species and prevent from

The process delays the production of offspring due to age factor. The delayed product is a natural way to reduce over population hence less competition among organisms.

Very uncertain especially for external fertilization where the sperm has to meet the ovum outside, this might not occur; the process of fertilization might fail on the way to produce the zygote.

Even in internal fertilization so many risk of missing a mate, killing of sperms by acidic fluids in female reproductive organs etc reduces the probability of occurance of sexual reproduction.

Maturity of offspring is slowly achieved.

This delays their production of offspring and may lead to extinction of the species in case of disaster.

Despite the setback sexual reproduction is the primary method of reproduction for the vast majority of microscopic organisms including almost all animals and plants. This is the most preferred type of reproduction because it allows the population to change (evolve) rapidly in response to a changing environment through recombination of alleles which makes organism vary.

CHROMOSOME: A thread like structure visible in the nucleus of a cell during nuclear division

SEX CHROMOSOE: Chromosomes responsible for determination of sex of an individual

AUTOSOME: Chromosome responsible for determination of characters other than sex 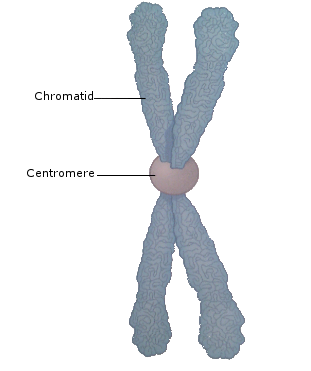 (a) Meiosis I or first meiotic division

This reduces the number of chromosomes to half.

Meiosis I has the following phases:

It is a preparatory phase during which the nucleus is about to start dividing. The events of interphases one include the following:

(b) Increase in size of the cell

(c) Replication of most of DNA and histories

This is the largest of all stages. It is often described in five stages consecutive stages namely:

(iii) Chromosomes appear to have dense granules which occur at irregular intervals along their lengths. These are called choromosomeres 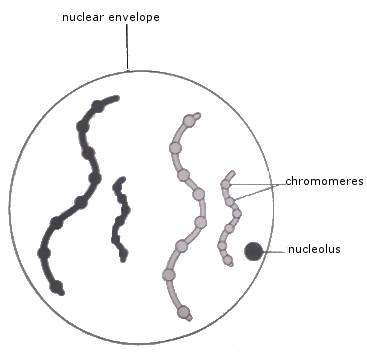 This is initiated by the movement of chromones in the zygotene stage.

(i) Homologous chromosomes more close to one another and up they lie side by side, chromosomere by chromosomere under the influence of attraction force called SYNAPTIC FORCE 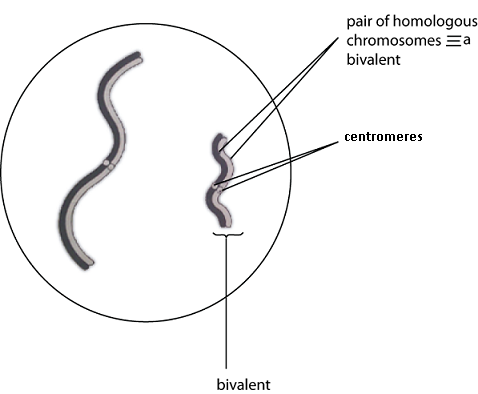 (i) Chromosomes are thickened and shorted by coiling and become visible

(ii) The nucleolus is attached to particular chromosomes

(iii) The synaptic force of attraction start to lapse and homologous chromosomes start to separate from each other.

Each chromosome appears a double structure.

(i) There is a complete duplication of each chromosome to produce two chromatids, thus each bivalent has four chromatids

(ii) The chromatids of homologous chromosomes cross over one another. At the point called chiasmata or cros over the number of chiasmata to be formed depends on the length of the chromosome.

At the chiasmata, chromosomes breaks and rejoin, thereby exchanging hereditary materials. As a result, genes from materinal chromosomes exchange with genes from paternal chromosomes leading to new gone combination in the resulting chromatids. This is a means of bringing about variation 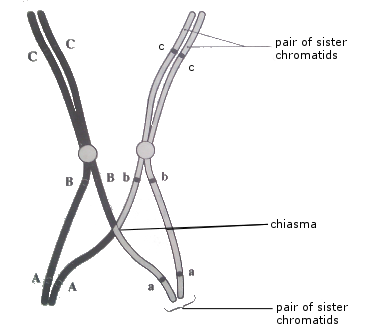 (e) DIAKINESIS (Moving apart stages)
During Diakinesis:
(i) The nucleolus detaches from its special bivalent and disappears.
(ii) The chiasmata tend to lose their original position and move towards the ends of chromosomes
(iii) The bivalent become considerably more contructed
(iv) Chromotids if homologous chromosomes continue to repel
(v) The contriolas of present migrate to the poles
(vi) The nuclear membrane starts to disintegrate and spindle fibre start to form

Describe the events of prophase of meiosis I and comment on biological consequences of chiasmata formation.

During Metaphase of meiosis

(ii) The nuclear membrane has broken down completely

(i) The two centromenes of each bivalent do not divide, instead the siste chromatids separate

(ii) The centomere pairs move toward the opposite poles

(iv) The chromosome are separate into two haploid sets of chromosomes in the daughter cells. 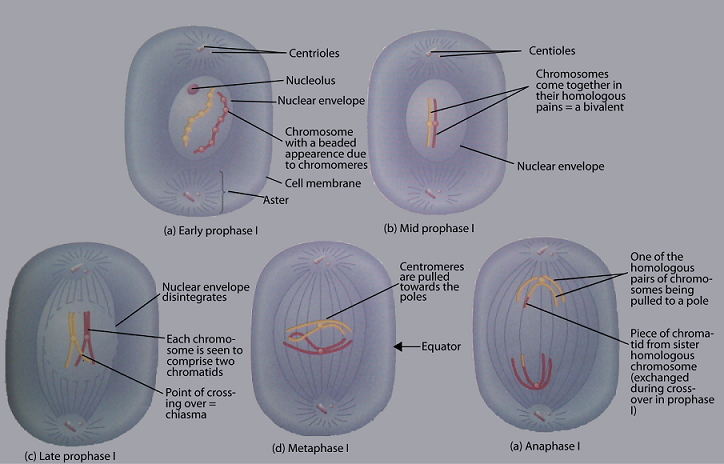 This marks the end of meiosis. During this phase,

(i) The homologous chromosomes arrive at the opposite poles

N.B: In many plant cells there is no telephase, cell wall formation on interphase I. the cell pass straight from anaphase to prophase II.

This occurs in animal cell only is there is no interphase II in plant cell. Replication of DNA doe snot occur and energy stores of the cell increases. This stage is followed by meiosis II. The behavior of chromosomes in meiosis II is the same as that in meiosis I.

(i) Nucleoli and nuclear membrane start to disintegrate

(ii) The chromatids shorter and thicken

(iii) Cantoriols if present move to opposite poles the cell

The chentromeres align at the equator of the spindle

(i) The centromeres divide

(iii) The eytoplasm started to cleave 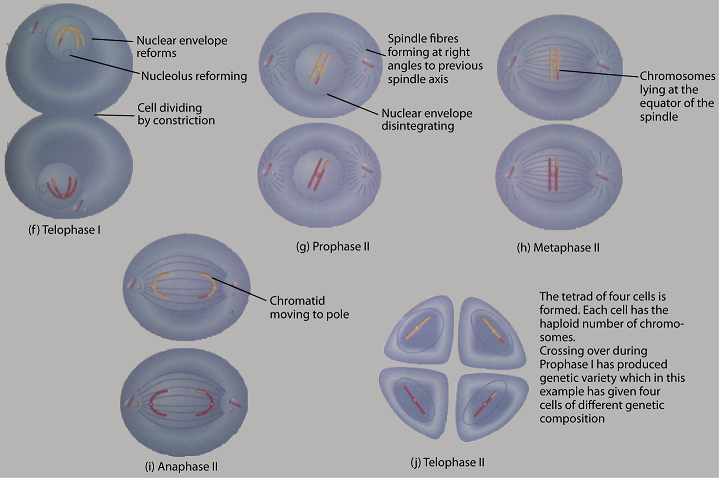