Wayback in 2005 when the search engine giant Google purchased Android Inc, — no one imagined this platform would have come this far in such that, majority of the world could be using.

With the launch of HTC Dream aka T-Mobile G1, it’s now the world’s largest mobile operating system according to the market share since it came out on September 23rd, 2008.

Not only this but according to an IDC report, Android’s share hovers around 85% at present and will continue to be the same for the next four years. The Operating System has certainly come a long way.

In today’s article, I would love to bring you List Of All Android Versions And Their Names. Let’s now take a look at the list of android versions below:

Starting in 2008, HTC Dream was launched with an Android 1.0 version. That was the first to mention Android version that gained global recognition as Android smartphone.

The Android 1.5 was brought somewhere in April 2009, the Android version that brought support for on-screen keyboard which allowed phone producers to upgrade by switching from physical keyboards to that of touchscreens.

This Android version was the first also to bring the support for copy-and-paste text from web browser, auto rotation, video recording and more.

This Android 1.6 — Donut was rolled out in September, as at the same year the Android 1.5(Cupcake) came out. The version that came with major updates in the course of the evolution as it got the ability to adapt different screen sizes and resolutions.

In October 2009, Google released the Android 2.9 — Éclair soon after the release of the Donut. This Android version came out as the first ever Operating System that has extended account sync for multiple accounts, the exchange email support, the support for live wallpapers and Bluetooth 2.1.

Froyo — the short name for Frozen Yogurt as Google rolled it out in May 2010, the first OS that has support for Adobe Flash into Android’s web browser.

That was one of the major upgrade ever made by Google and has brought improvements in such that, apps open faster, exchange support for Email, Wi-Fi Hotspot, supports push notifications and more.

After the release of Frozen Yogurt — Froyo in May 2010, Google released Gingerbread same year in December. No one could tell if this big upgrade was behind the scene improvements and bringing distinct visual identity to the Android interface.

The first OS that supports 1,280 x 720 pixels of resolutions, more improvements in copy and paste. The start of Voice and Video support for Google Talk (GTalk), Google Wallet and others.

With a refreshed UI designed for slates, the Android 3.0 — Honeycomb has was known to be the update in history that was specifically released for tablets. The OS that has the interface to adapt to large displays and landscape mode.

The Android 3.0 — Honeycomb paved a way for Ice Cream Sandwich for the new UI and on-screen keys, released in October 2011. Updates to talk of is the 1080p video recording support, the inclusion of Wi-Fi Direct and hardware-rendered UI elements.

Google made a joint release for the Android version 4.1 and 4.2 called Jelly Bean. The first ever user-friendly interface that comes with an interactive newsfeed, an enhanced voice assistant.

The Jelly Bean was the first ever Android version to bring Quick Settings panel and lockscreen widgets to the Android Operating System (OS).

With this, saying Ok Google from the homescreen allows a user to quickly launch voice search for getting directions, play songs and others. This is the upgrade by Google on Android that brought the fixed Google Now homescreen in the Nexus devices.

In November 2014, Google released the Android version 5.0 named Lollipop. That is when Android begun its journey with v5.0 Lollipop as the released integrated the flat Material Design and card-stack like the interface at the core of the Android OS.

That OS that has the support for Multi-screen that allows Android OS transit from phone to the tablet, Android TV or smartwatch.

The Marshmallow was just a minor update to the Lollipop but yet brought a plethora of new capabilities. The upgrade was Now on Tap as it allows users find more relevant information and context about what’s being displayed on the screen by long pressing the home button. The Marshmallow was released in December 2015.

Google successfully rolled out the Android 7.0 — Nougat in August 2016. This version was known to be the first OS to bring the support for Android Pay, Google Assistant, the announce of Google Beta Program that users can sign up for and test features of the software before public rollout. A lot of improvement to talk about.

One of the biggest updates in the history of Google mobile OS, this goes to the Android 8.0 — Oreo. Google’s Project Treble, which is the company’s way of ensuring that manufacturers streamline the update process to ensure faster updates.

Another to talk of is the timely updates, Wi-Fi Assistant, Picture-in-Picture mode that lets a user uses the app in a windowed form, the Notification Dots to check new updates, the Auto-Fill, Android Instant Apps etc.

The Android version that best help to minimise background activity in apps to save battery. The Android 8.0 — Oreo was initially released in August 2017.

This was known to be the latest Android version that was released in August 2018, as the latest Google OS. No need to talk more about the Android 9.0 — Pie as most of the smartphone users are on this Operating System (OS).

This version was known to be the ninth major release and part of the 16th version of the Android mobile operating system. Firstly developed in March 7, 2018 and publicly released on August 6, 2018. 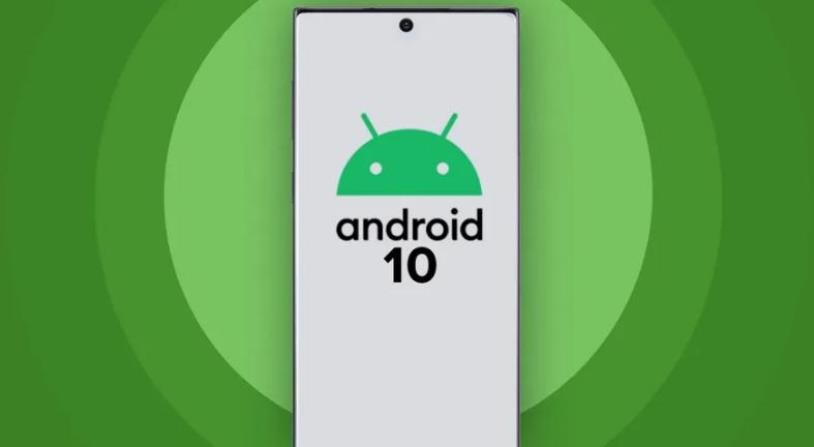 The initial version of Android 10.0 was released on September 3, 2019 on Google’s Pixel devices. As the 10th major release and the 17th version of the Android mobile operating system.

The first beta of the Android 10 was released by Google under the preliminary name “Android Q” on March 13, 2019 on pixel phones. The Android 10 — Q is known to be the next evolution of Android.

As part of the latest Android versions, the Android 11 is the eleventh major release and 18th version of Android, the mobile operating system developed by the Open Handset Alliance led by Google. It was released on September 8, 2020.

From all the latest Android versions, the Android 12 has come to make smartphone interface nicer and interesting when navigating through your mobile phone.

Android 12 will be the twelfth major release and 19th version of Android, the mobile operating system developed by the Open Handset Alliance led by Google. The first beta was released on May 18, 2021 and is the latest Android version to date.

Android 12 builds on everything you love about Android, and focuses on building a deeply personal phone that adapts to you, developing an operating system that is secure by default and private by design, and making all your devices work better together.

Android 12 Beta is available for Pixel 5, Pixel 4a, Pixel 4a (5G), Pixel 4, Pixel 3a, Pixel 3a XL, Pixel 3, and Pixel 3 XL devices. Alternatively, you can flash or manually install the latest Android 12 Beta build on your Pixel device.

Need I have to say more concerning list of Android versions and their names? This is the List Of All Android Versions And Their Names you need to know for today.

Frequently Asked Questions About Android Versions and their names 2021

The version history of the Android mobile operating system began with the public release of the Android beta on November 5, 2007. The first commercial version, Android 1.0, was released on September 23, 2008.

Android is continually developed by Google and the Open Handset Alliance (OHA), and it has seen several updates to its base operating system since the initial release. You can check here for the list of Android version A to Z.

latest Android Versions on the internet

You can find useful information about the latest android version on the internet here.

The latest Android Version name is the Android 12 with Snow Cone.

You can check from the images above for any of the Android versions.